Outlander has concluded its first season with episode 16.. Which I have not yet watched but sure will do!
I remember when I was watching the first episode, which was kind of a get-in for me.
I got properly hooked on the show when the Scots came in the picture. I loved the roughness of the scenery and I immediately was interested in the time period. The accent is still something I try to reenact daily. In addition the clothing really paints the Jacobite picture to a full screen phenomenon. The show has romance, it has violence, it is horrific as well as satisfying and it keeps surprising as well as it keeps messing with your head.

And, If you did not know already, I am releasing my Outlander Inspired Project part by part through the coming month(s). Of which I am now working on the great Outline that will break down every part of my process for you and for your inspiration.
To celebrate this Outlander finale occasion; here are a few pictures! 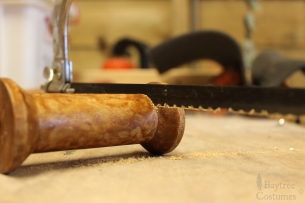 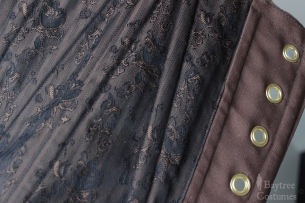 Just some teasers; the second shows my first ever crafted corset and the third shows the samples I got for the main fabrics. I was so mesmerised to find a fabric with a tartan-pattern so close to the Outlander Mackenzie one.

Update: Even I, and I can bear violent TV and film scenes, could not entirely handle the horrificness of some of the scenes from this season’s finale. It is an act, a psychological awareness that a film or TV-creator can apply to certain scenes to get a point across. There is that, and there is psychological violence. It is not well done to apply the point you need to get across to a scene while the grandeur of it leaks to the audience and sticks to their minds. Some people might even get nightmares or something from this episode. On the other hand; they did balance it out. But just to say: the art is not to lay out every detail, but to leave some parts to our vague imagination. This gives the strength of lesson; rather than the strength of picture. Sure, some scenes made do, and I will watch the next season that is coming. I will be hoping for new insights into the Outlander story, and looking forward to the new costumes. Good voyage, Cristobel.